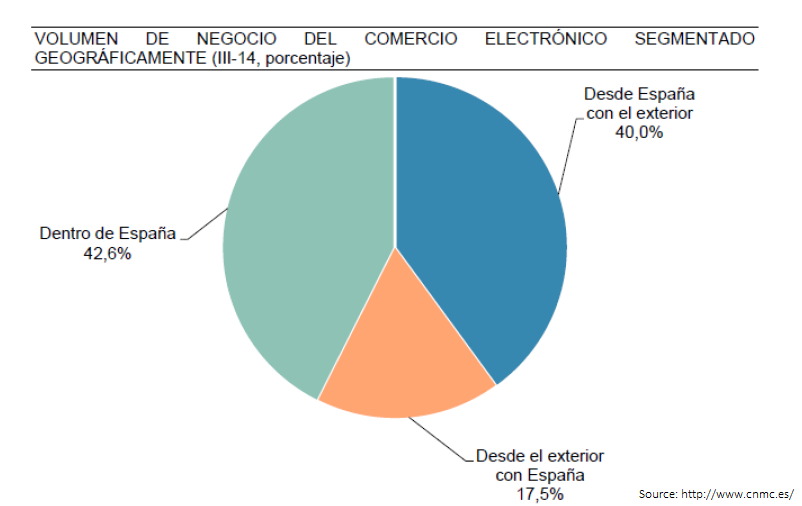 Spanish cross-border online shopping has increased by 22% compared to the same timeframe last year, and has reached €1.64bn.  E-Commerce sales of Spanish webshops to foreign customers have reached €716.5mn, which represents a 26.3% increase.

The research stresses once more the business opportunities for European online retailers in Spain: The economic recovery paired with an evident willingness to buy online from foreign sellers makes Spain a very interesting expansion market.

If you are interested in exploring your possibilities on the Spanish online market, get in touch!  We'd love to accompany your expansion project and our Spanish office is ready to get you started!