Globalization has shifted to digital

Digital flows—which were practically nonexistent just 15 years ago—now exert a larger impact on GDP growth than the centuries-old trade in goods, according to a new McKinsey Global Institute (MGI) report, Digital globalization: The new era of global flows.  More than 360 million people globally participate in cross-border e-commerce, and virtually every type of cross-border transaction now has a digital component. According tot he researchers, this shift makes it possible for companies to reach international markets with cheaper business models, but also harbours a new set of risks and challenges.

Whereas the ‘traditional’ tradeflows across the globe are diminishing, cross-border dataflows are constantly growing. The world is more interconnected than ever. “While flows of goods and finance have lost momentum, used cross-border bandwidth has grown 45 times larger since 2005,” reads the report published by MGI. Digital flows of commerce, searches, communications and media are expected to soar throughout the next five years. 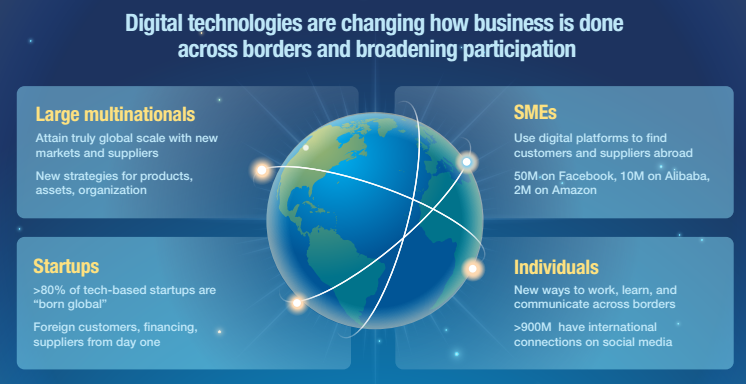 Digital dataflows around the globe connect people in the blink of an eye and increase the participation of individuals and companies in global activity, be it social or commercial. The opportunities offered by this new, digitalized global environment has enabled even smaller retailers and brands to compete on a worldwide level, using digital sales platforms and marketplaces. “Small businesses worldwide are becoming “micro-multinationals” by using digital platforms such as eBay, Amazon, Facebook, and Alibaba to connect with customers and suppliers in other countries. Even the smallest enterprises can be born global: 86 percent of tech-based startups we surveyed report some type of cross-border activity,”reads the report. 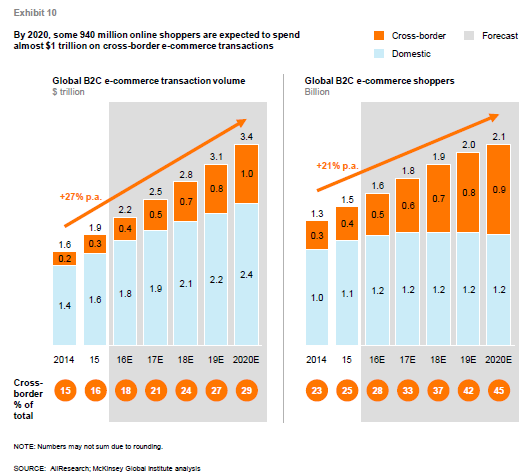 Although the number of countries part of these digital flows is increasing, the lion share of global interaction is concentrated among a small set of developed countries. For many economies, closing the gap is a lengthy but inevitable process. Numerous countries could significantly improve their situation by closing the gap: 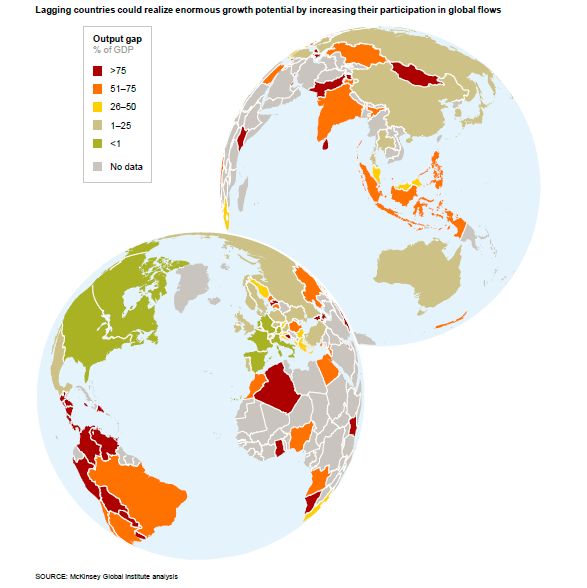 Many companies grew more complex and inefficient as they expanded across borders. However, digital technologies can “tame complexity and create leaner models for going global,” according tot he report. Companies are advised to rethink their organizational structures, products, assets, and competitors. 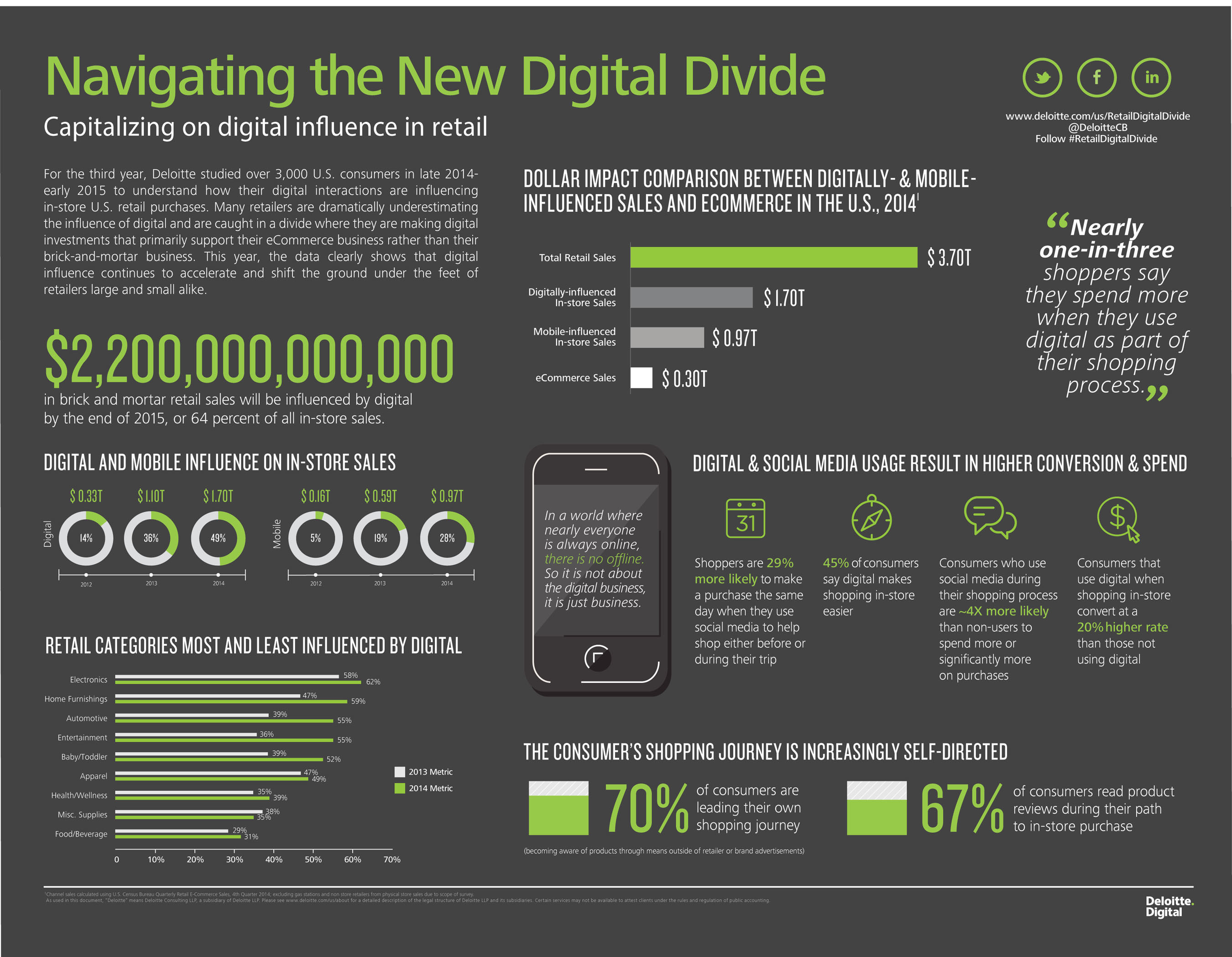 Become part of the purchase journey, wherever you sell!